The Meeting of the China Association of Medical Equipment and the 2019 Medical Device Fair were held at the Suzhou International Expo Center from July 18 to 21. The annual meeting of the Ophthalmic Committee and the switch election meeting were held at the same time as the exhibition.
Many ministry and committee leaders attended a 30,000-person meeting to analyze the current health reform policies. Directors of more than 2,000 county hospitals appeared on an academic forum, and there were interactions between technical experts and base customers. Ophthalmology companies collectively exhibited at the best position in the exhibition and introduced the progress of cutting-edge science and technology. The combination of industry and finance in the ophthalmology industry began first, with broad involvement of investment institutions.
On July 20, 2019, the annual meeting of the Ophthalmological Committee of China Association of Medical Equipment (OCC) and the switch election meeting of the editorial committee of the Chinese Journal of Ophthalmology (electronic edition) were held. Under the supervision of nearly 300 ophthalmologists and other related instructors, 4 groups were established and 5 projects were initiated. The new OCC leadership team was elected on the spot by about 250 members.

The switch election was held on the third floor of Suzhou International Expo Center. Ren Jian, Chief Auditor of the China Association of Medical Equipment, read the voting approval document of the Ophthalmological Committee and explained the election process, and voting and counting were carried out under strict supervision of specialists. 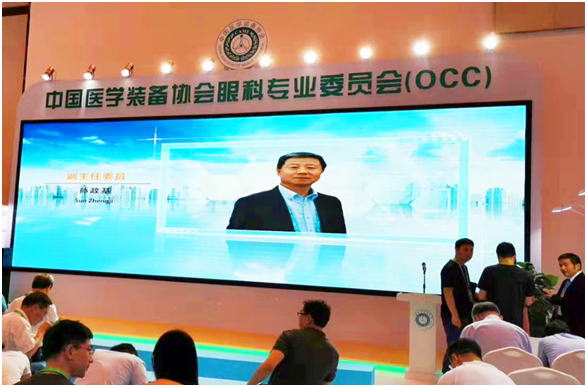 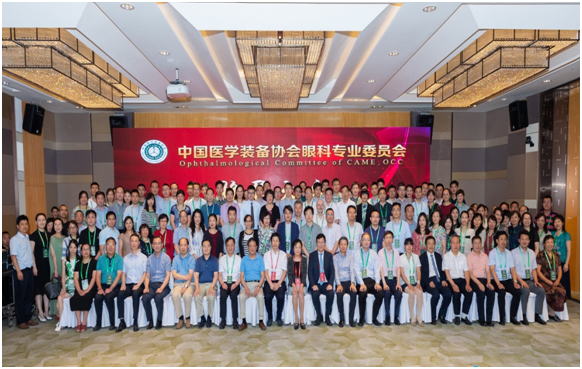